This entry has been waiting in the wings for some time. However, events have conspired—in a good way – to make it perhaps more relevant than it was initially. To state what is likely the obvious, many of us who are not on the front lines of holding the fabric of of things together are in a time of forced slowing. And we’ve been there for a number of weeks. As with most crises there may be mixed blessings. Time to think, time to catch up with a home projects and binge watching, time to see our hair grow longer and get scruffy, time to start getting more than a little stir-crazy.

What follows is the blog written to accompany the works I contributed to an exhibition held in Tokyo, Japan last summer. Two are highlighted here, the rest are [where in the website] The focus is the environment and considers how we might rethink our relationship within it. I hope that these images serve as a portal, assuring the viewer that everything and everyone really is connected across space and time in ways more profound than we often realize or appreciate.

Paradigm Shift: The Things We Value

Those Things We Want to Keep and Those We Want to Leave Behind,  September 2019 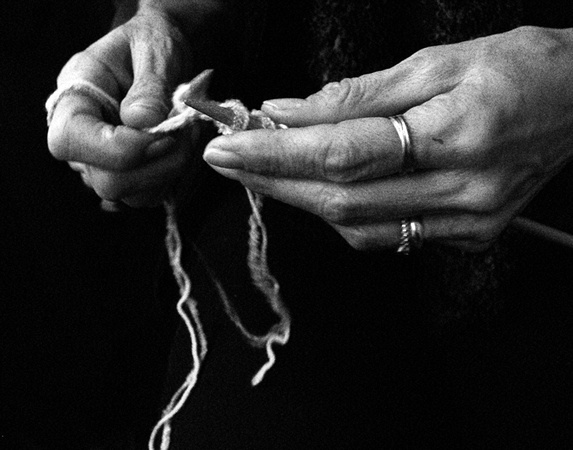 The exhibition, “Paradigm Shift,” which began on August 31 and ran through October 26, 2019, focused on the theme of values with the two-fold intention of raising “awareness of the need for a paradigm shift toward realizing a sustainable society.” It offers viewers an “opportunity to think about what values really matter and what values need rethinking.” The exhibit, created, organized and curated by Yuji Hattori of Ego Art Gallery, Tokyo, Japan, is located at the Senba Mansion in Harajuku, Tokyo. The project is in a condominium scheduled for demolition. There are works painted in one room and another filled with photographs. The artwork will be archived. This exhibition is presented by Ego Art Gallery, Tokyo, with support from Sun Frontier Fudousan Co., Ltd, and Gridge Inc.

I am honored to be one of four fine art photographers invited to participate in an exhibit in Tokyo, Japan that explores the decisions we have made as a culture and consider where we are, what we need to keep for the future and what we should leave behind. It is an honor to be included with fellow artists Janet Millhomme, Diane Cockerill, and Maureen Van Leeuwen Haldeman.

On viewing my photographs, Yuji Hattori sent an inquiry about the one pictured here: Why knitting? Indeed, why knitting? The title of this image is “Knitting Lesson.” While we were gallery sitting fellow artist, Anita Dixon, was teaching me the process of casting a row of stitches along with the basic techniques of moving needles and yarn (knit and purl) to create rows of knitting. How does knitting relate to or affect our values? Do we want knitting in the world that we want to create or do we want to remove from the world as it is?

Like many handcrafts, knitting, is a long-stablished creative process that is uniquely human. While many animals create complex structures like dens, dams, and nests as shelter, humans have also discovered ways to create “mobile shelter” for the body, one of which is knitting. It is a technology so deeply embedded human history that it is no longer perceived as such. How it is accomplished seems obvious and commonplace today and it has evolved into an activity traditionally designated as “women’s work.” Significantly, this kind of creative work is essential and foundational as it contributes to meeting basic needs: it keeps people protected and warm in cold weather.

From another perspective, knitting feels akin to magic: it is a technology that employs two pointed sticks and some kind of flexible and resilient rope or yarn. Worked together they can create something from next to nothing. (The technological creativity that led to the creation of rope and yarn also seems paradoxically equally mundane and magical.) However, it is also reasonable to expect that there was a process of failures and successes along the way. Our innate creativity seems to include a willingness to experiment and to try and to fail and try again.

Knitting is a technology that leads to creating new things that did not exist before. The process can be seen as a symbolic joining and unification of yin and yang energies into the creation of something harmonious and productive. Knitting is an activity that helps us reflect on how we can create new things sustainably. Like most other crafts, making things by hand is a way of engaging mind and body in maintaining our connections with the wider world.

But for every yang there is yin.

From the other side, among one of the things we want to reconsider and might want to leave behind deals with the excesses of consumerism and the overabundant use of plastic. Both contribute to an accumulation of materials, many of which cannot readily be re-used and do not readily recycle. This is developing into an ongoing nightmare from which it is turning out to be difficult to wake.

The second image shown here contains plastic molded dolls of the wasp-waisted, 12-inch variety – the kind that was introduced and became not merely popular but coveted in the 1960s and well into the next few decades. As a preteen, I owned one, as did most of my contemporaries. Having two or more was rare. I remember wandering the back end of the Kresge’s, the local five and dime, where I would stare longingly at the high shelf laden with the long rows of bright boxes that held perfectly coiffed and painted dolls, and packages on hangars filled with marvelous outfits that reflected the generally accepted womanly ideals of the times.

Decades later on a neighborhood walk, I faced a literal crate full of these dolls sprawled in a swath across a lawn. The dolls, in various states of undress and dismemberment were scattered along with doll clothing and doll heads and arms strewn about. I was both amused and put off by the sheer quantity of dolls and how they seemed to be treated so casually. They may have been the collected assembly of a gathering of girls or just one girl’s bounty, but even so, I was amazed to see so many—even a few male dolls among the bunch. But then, this was decades later, in a very different time and place. There is no way to know whether the dolls still served as touchstones for imagining who these girls wanted to be as they played, or whether they were just more stuff.

The quantity of dolls reveals a significant upward shift in affluence, an indication of a time of great abundance and increased wealth. This state of relative wealth is not in itself an issue. What we do with it is. The dolls reflect one set of social and cultural choices. Perhaps these choices stem from our innate nature to collect things that make us feel happy, safe and significant. Slowly but surely, we are becoming aware that our ways of consuming need to be re-examined and rethought as many are ultimately unsustainable and need to be reviewed, re-evaluated and revised. As we become more mindful of the long term effects of the sheer volume of things, what they are made of, and how they are packaged, we are encouraged to reconsider whether we need the next new thing, the consequences, unintended or not, of its life expectancy, and where the waste ultimately ends up.

This is a story whose end is not yet written. How things turn out may well depend on our creativity and willingness to effect a paradigm shift that leads to greater sustainability.

Special thanks to Yuji Hattori and Janet Milhomme for their efforts to make this happen and for including me in such an insightful and probing exhibition.