Living in the Continuous Present

Living in the Continuous Present,  Part 1

The past seems to be always with us, holding on tenaciously to the leg of our pants like a crazed pooch with a chew toy. The future is always out there, waiting, feeling at times like a mugger lurking in the shadows waiting to pounce or like a fairy godparent waiting to grant one’s deepest desire. Or perhaps something in between.

What we do have now and always is the present. And the present is continually on-going, charging ever forward, an inescapable buffer.

While the continuous present can be reduced to a point of grammar, the bigger notion is how language is a factor in shaping how we look at the world. From a philosophical viewpoint, the continuous present as it occurs in English captures both a sense of time and timelessness. Time passes and seasons change and the continuous present speaks to the perpetually unfinished and ongoing-ness of life and how it cycles through the changing seasons marking passages year after year with seemingly little or no change.

We see this on the Preserve. As efforts restore the Preserve to much of its original state, the life cycles of the plants and animals within its boundaries and beyond them continue on their independent paths, going through their own  set of changes. As restoration continues, the Preserve takes on a deeper sense of timelessness that surpasses the existence of most of its inhabitants and visitors. And yet, despite the feeling of predictability in the seasonal shifts, the reality is that change is constant—it is the only constant in living systems. Life is change. Life is now. Life is continuously present.

But the nature of nature is change. Changes are generally small and incremental unless there is a major event, like a tree aging out, or something unexpectedly radical. Even then, time and the forces of life seek to return to an equilibrium, perhaps a new one,  perhaps with a modification or two.

Past, present and future are necessarily linked for us. Then again, living in the continuous present is a space where we can breathe and look forward and backward…. This is more than the label of  a verb tense, it captures where we are at any given moment—wedged forever between the past and future, but always in the now. 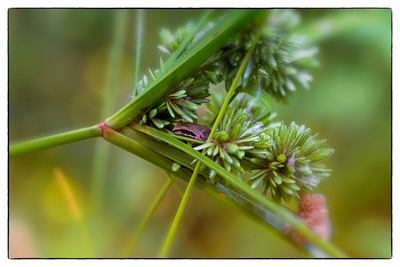 Living in the Continuous Present

There is the predictable pattern of movement

in our lives. The repeated actions and

a repeatable sequence of habits

which adds up to an equation

Perhaps it is only the daily bleating

Of the alarm insisting on rousing

us out of bed with fierce consistency.

Perhaps it is the succession of

meals, or the daily changing of socks

and underwear, the two cups of tea,

the three dirty dishes, the fork, the knife

the spoon that mark each day's passage.

We are suspended in the now, even as

everything matures and changes,

Still, there is the ever-changing sky,

to spark startling bursts of color,

the rising scent of sundrenched land

that illuminate being in the now,

even as they fade from memory

slipping from our grasp. 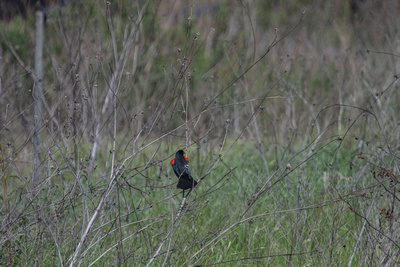 Living in the Continuous Present, Part 2

There is an interesting paradox between photography and the continuous present. The two are in a perpetual tug-of-war, not unlike the way two celestial objects engage in a push and pull rotation around each other. They are not exactly compatible. Photography inherently consists of capturing discrete moments, real or otherwise. The continuous present is a state of being that is inherently in process and incomplete. Despite the apparent dissonance, or perhaps because of it, each image captures a sense of immediacy of the moment and the timelessness that is a part of the natural world.

There is also the issue of a difficult to define relationship between humans and other species. For a host of reasons we have a tendency to think of ourselves as being quite separate from all the other creatures on the planet. One of the things I’ve come across in reading Native American mythologies is that this perception between humans and everything else doesn’t exist everywhere. In the indigenous universe all of the critters and the vegetation and the earth are considered “people.” Many of the stories tell of their origins. This offers a very different way of regarding other life forms and if one mulls over the notion, it has many interesting implications: it’s not us and them, it’s just all of us, which is a mind set quite apart from where most of us come from.

In many of these images, I had the distinct impression I was being watched and evaluated as much as I did the critters that found their way in front of my lens. Many of these have a sense of whimsy attached perhaps because the behaviors of the critters are often not too different from our own. Even the insects seemed curious and in many cases tolerant of my presence. There is the possibility that many of the critters inhabiting the Preserve have become used to humans on the land. Then again, it likely works the other way as well.