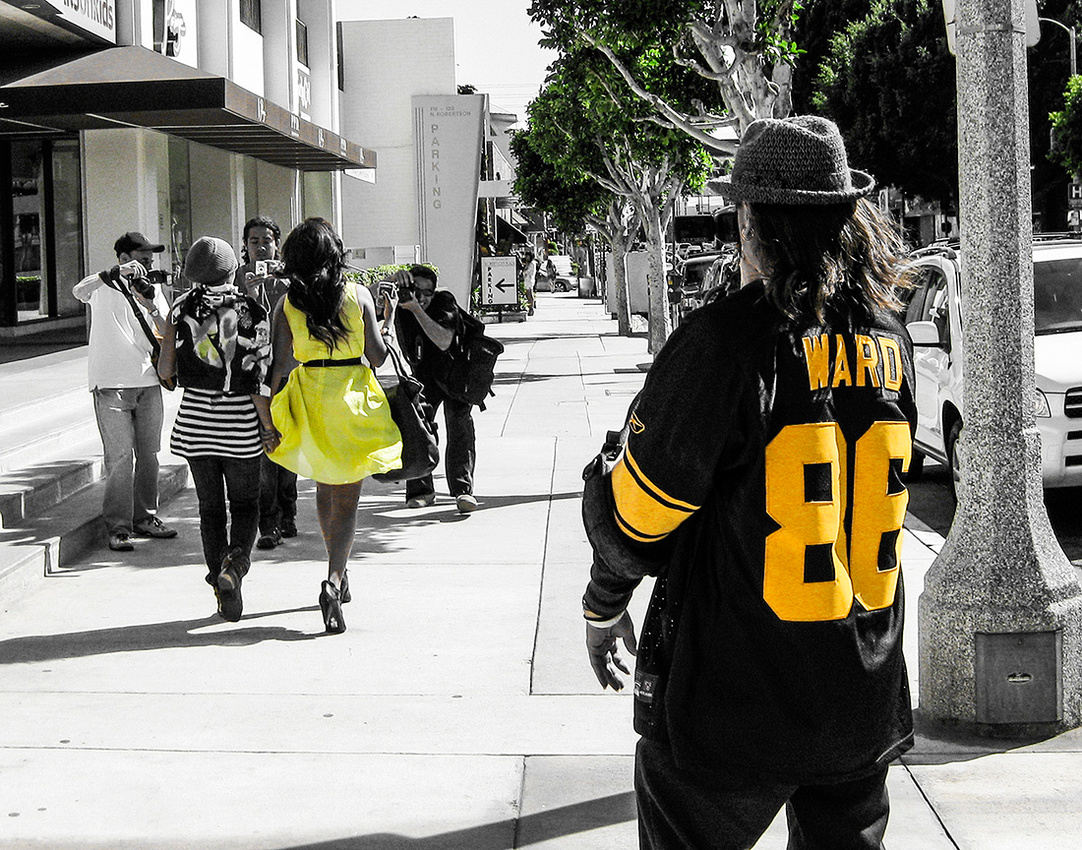 The geography of Robertson Boulevard, just one block south of Beverly Boulevard, is a strange attractor. It's a short block where the cities of Los Angeles, West Hollywood, and Beverly Hills touch. There are tony, high-end shops and a restaurant noted for its celebrity patrons. Hollywood tour buses glide through daily, both riders and guides hoping to catch a glimpse of someone famous.

Besides the denizens who work and shop there, this block is host to visits by celebrities of many stripes and the paparazzi who "feed" on them, looking for their money shot. Theirs is a peculiar symbiotic relationship in which the celebrities get the media exposure they need and the paparazzi get paid. It is part of the job. Once word goes out by text or e-mail, paparazzi begin to swarm on the streets like wasps at the scent of fresh meat. The “meat” is the celebrity du jour,  who may be an actor with a fading career trying to create some buzz,  a hopeful rising star seeking more media exposure, or a celebrity simply stoking his or her celebrityhood. In most cases, the prey is willing and surprisingly gracious. Until their subject emerges into a public space or word goes out that they've slipped out the back, paparazzi watch and wait, cameras at the ready.

Having the chance to see this first hand as a result of working in the area over a period of several years was both fascinating and unsettling. Walks to and from lunch and breaks offered a number of opportunities to see these events unfold up close. These images were taken with small point-and-shoot cameras as they were easily kept in pocket or purse and allowed me to be a tourist in their world.